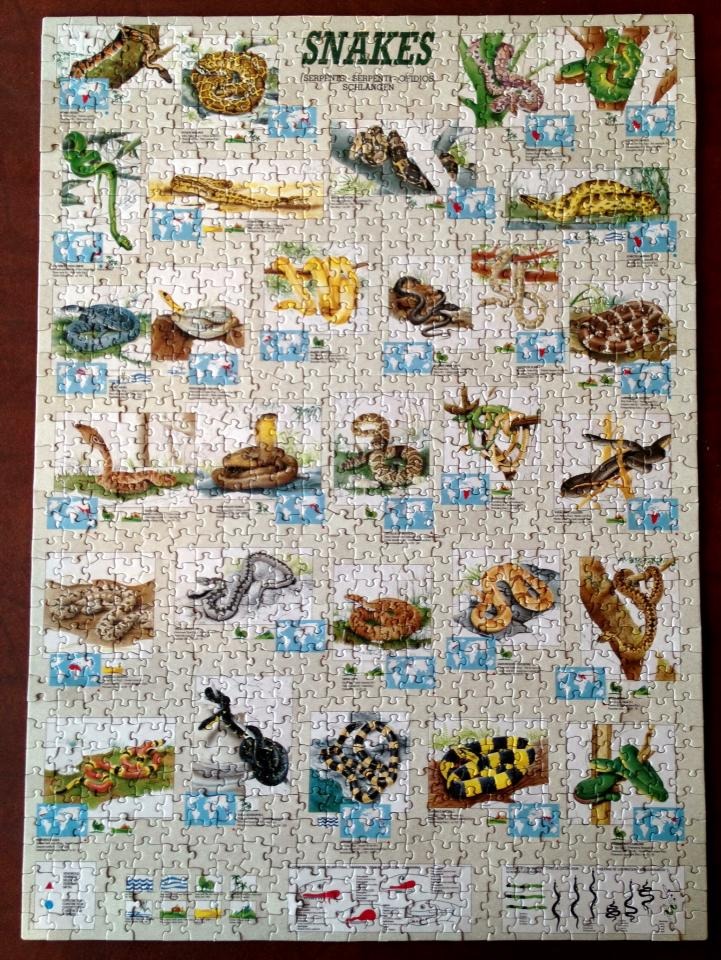 Antivenom in the USA

Why zoo antivenom is different from what doctors expect

I’m often asked about the use of different antivenoms in the USA: why some can be purchased readily and others not; what the deal is with getting doctors to use them; and why zoos seem to be caught in the middle so much of the time. Here’s a simple guide. (Keep in mind as you read that I’m neither an attorney nor a regulatory expert, just a medical researcher. If you have specific questions about your legal rights and responsibilities, you might want to contact one of those other guys.)

First, it’s important to know that antivenoms are a special category of drug, called a “biologic.” This means that they are more complicated, chemically speaking, than drugs like aspirin, because they contain thousands of slightly different molecules made by living animals. The branch of the Food and Drug Administration (FDA) called the Center for Biologics Evaluation and Research (CBER) has authority over their use.

From the point of view of a person with a snakebite, there are three basic categories of antivenom: approved for marketing, investigational, and zoo-type. I’ll cover them one at a time.

Category 1: Approved for Marketing. Like other pharmaceutical manufacturers, companies that make antivenom may ask the FDA/CBER for permission to market their product in the USA. This requires proof of safety and effectiveness, and it is required if a drug company expects to make money from sales in this country, but – this is super important to understand – it is NOT done by companies from the rest of the world, if they don't think the US market is worth the tens of millions of dollars and many years of effort that approval requires. Over the years, few antivenoms have been given marketing approval. The ones you might see mentioned include:

Doctors practicing in the USA typically expect to prescribe only market-approved drugs to their patients, except in the special case of a clinical trial. Market approval by FDA ensures a certain standard of manufacturing quality, plus the results of the research studies that resulted in approval can normally be found with a quick search. If there is some special risk involved in using an approved drug, it tends to be mentioned in the FDA-approved package insert and often in peer-reviewed publications. For the patient, approved drugs are generally the best, despite their cost -- it is essential to have good insurance if you're going to work with venomous creatures.

Category 2: Investigational antivenoms. Just like any other drug, antivenoms can be studied formally in controlled clinical trials. The FDA/CBER has oversight responsibility for clinical trials, also, and they’re supposed to enforce the rules of proper study conduct so that the results are meaningful, later. This happens through a process called an Investigational New Drug Application (INDA). During clinical trials, there must be a formal sponsor that guarantees to the FDA that they are totally on top of things including running everything past an ethics board (an IRB), getting informed consent from each patient, checking up on every possible side effect, and ensuring that nobody cheats by turning in fake results just to collect a fee. This is a horribly expensive process, it takes years to complete, and there is no guarantee of getting marketing approval at the end.

Most often, the INDA sponsor is a drug company (for example, Bioclon Institute sponsored the Anascorp clinical trials), although it can be a university (for example, the University of Arizona is sponsoring trials of a new coral snake antivenom in Florida), or even a single doctor (for example, in an emergency situation with no other drug available). The INDA can be for a totally new drug (such as CroFab’s original studies in the 1990s, resulting in market approval for rattlesnake bites) or it can be used to study a new use for an old drug (such as CroFab being studied for possible extension of approval to include copperhead snakebite).

Doctors practicing in the USA have the option to get involved in clinical trials, but there is a fair amount of red tape involved, so not very many do. It is absolutely NOT required that doctors be involved in research; although of course a patient in a clinical trial might also see specialists outside the study. You can find details about particular clinical trials online at clincaltrials.gov. For the patient, participation in a clinical trial has plusses and minuses, which will be explained to you in the "informed consent" process, and you can choose whether to say yes or no to participation.

Category 3: Zoo-type INDs. This is tricky, because people at CBER agreed many years ago that people at zoos are a unique occupational-risk group, and that special consideration should be given in the case of antivenoms for bites that are too darned rare to justify the expense of a full investigational INDA (let alone a marketing license application). “Zoo INDs” are necessary for the protection of life and health, but it’s not practical for them to involve formal clinical trials. You can see what CBER asks of zoos, here. It’s a fair amount of up-front paperwork, plus some ongoing reporting about what happens next. It’s up to the sponsoring zoo to ensure that their employees have access to an understanding doctor at a responsible hospital, and that basic standards of ethics and safety are adhered to – for their own people.

Over the years, the number of zoos and private collectors holding antivenom under the “Zoo IND” mechanism has grown. Today there are nearly 100 sponsors of this kind of permit, collectively holding over 10,000 vials of antivenom from over 20 manufacturers.

If a person who does not have his own supply of antivenom is bitten by a snake for which there is no licensed US antivenom, and his local hospital does not have a clinical trial with the treatment he needs, then he is in serious trouble and his doctor is in a bind. A call to the local poison control center will help to identify which zoos (if any) hold antivenom for the particular snake. Zoo managers are reluctant to put their own employees at risk by giving away their antivenom, although in general they will share if it is needed in an emergency. But at that point it becomes the doctor’s responsibility to get the drug shipped, then figure out how to use a drug she’s never seen before, for which there are no FDA marketing approval, no approved safety data, and no clinical trial protocol. There are laws to comply with and reports to write that the doc has never heard of before. The doc can often find help through the poison center, but as you can imagine this kind of treatment results in a lot of delays and uncertainty. A snake-owning reader might want to check my previous blog entry, “Tips for venomous animal enthusiasts looking for the right doctor,” for advice on how to avoid getting into trouble this way.