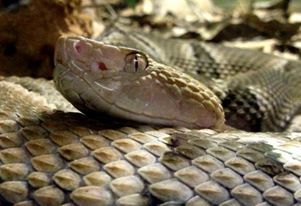 Recently, I had occasion to draft a “Top Ten Exotic Snakebites” list, based on 17 years experience recorded by the American Association of Poison Control Centers. (Using the word “exotic” in this context means we are talking about bites by snakes that are not naturally found in the US, so the greater-than-4700 annual bites by native rattlesnakes, copperheads, cottonmouths and coral snakes don’t count.)

Fortunately, bites by exotic snakes are extremely rare. Unfortunately, so are repositories of exotic antivenom. We don’t have a funded, centralized program of antivenom distribution in this country, but we really should. It would be much safer – and overall less expensive – to prepare properly, together, than to beg and borrow antidotes under emergency circumstances and across thousands of miles. I figure that one step in the right direction is to consider how many medical cases we have.

To make this list, I re-analyzed the numbers that colleagues and I had published in two previous papers, which together covered the years 1995-2011. I grouped all species into genera. (For example, "Dendroaspis polylepis" and "Dendroaspis viridis" were grouped together simply as "Dendroaspis.") Then I rank-ordered all genera for which there were at least ten bites during the span of years studied.

So here we go – the Top Ten Exotic Snakebite Genera in the USA, starting at #10:

#7. Crotalus (pit vipers, not US-native): slightly more than one per year

#4. Lachesis (bushmasters): about 2 per year

#3. Bitis (African adders and vipers): about 3 per year

Later I’ll come back to this list, in the context of which antivenoms are most and least available, and what we can do to improve the situation. Please subscribe to my blog, https://scorpiondoc.silvrback.com/, for future details.

Or, for overall snakebite numbers to compare with exotics: